A jewel of European Art Nouveau and a matter of heart and soul for our company.

Scope of work: restoration and manufacture of lighting, grilles, fittings and other elements in the following parts of the building:

In recent years, with the purpose for easier cleaning and maintaining of the light fixtures, the original cut glass pendants have been replaced by frosted sheet glass and thus, the light fixtures have lost their Art Nouveau beauty, sparkle and sheen. To ensure the original appearance, this meant supplying approximately 7 000 glass trimming bars in 12 variations and 37 000 pieces of cut trimmings in 20 variations. All of this was replicated according to patterns from the first realizations of the original companies: Křižík, Frant Anýž, Suda – Kotěšovec and more. 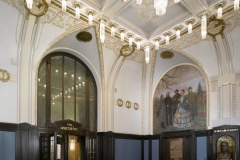 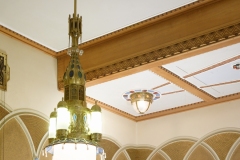 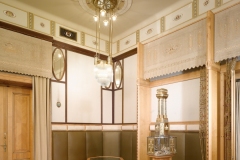 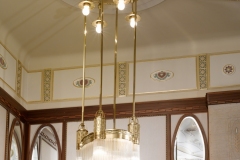 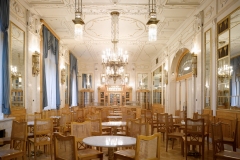 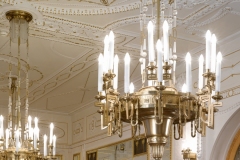 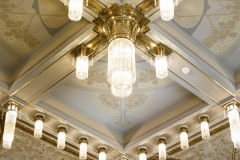 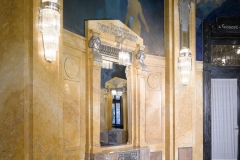 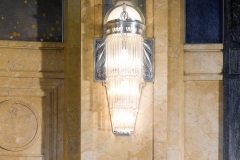 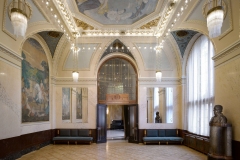 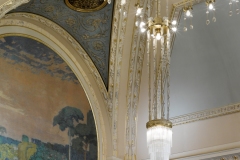 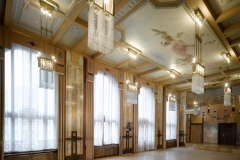 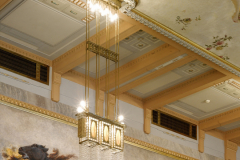 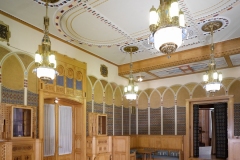